Does Georgia workers’ compensation cover injuries due to workplace violence?

Getting injured on the job can have major consequences. For starters, it may require medical treatment, time out of work because of the injury, and a permanent disability.

In Georgia, it doesn’t matter whose fault the injury is, there is strict liability. This means that even if the injured worker caused their own injury, they are covered by workers’ compensation if their employer is subject to the Act (meaning they employ more than 3 employees).

There are just a few exceptions to this rule, which we will explore below—one of which includes workplace violence. But first, let’s discuss the different types of workers’ compensation benefits injured Georgia workers are entitled to under the law.

There are 3 main benefits available under workers’ compensation.

An injured worker is also entitled to a permanent partial impairment rating in Georgia. This is a disability rating assigned by the authorized treating physician.

The first exception is the type of employee. In Georgia, there is a statutory exception for farm workers, prisoners, and independent contractors. This means that these types of workers may not be eligible for workers’ compensation under state law. However, just because a worker is labeled as an independent contractor doesn’t mean they actually are one in the eyes of the law. For this reason, it’s important to talk to a skilled work injury attorney to discuss your work status and compensation rights.

The second reason why a work-related injury might not qualify for workers’ compensation is because the injury was caused by an act that is not permissible—therefore the legislature doesn’t want to condone and encourage the behavior. This law, codified in Georgia law (O.C.G.A. 34-9-17), is labeled as “willful misconduct.”

Some examples of willful misconduct include injuries caused by intoxication and horseplay. For instance, if an individual is hurt on the job and they were intoxicated or under the influence of drugs, then their workers’ compensation benefits can be denied.

Workplace violence may fall under this category as well, but there are specific questions that must be addressed.

When is workplace violence covered by workers’ compensation?

Just because an individual was injured by violence on the job doesn’t mean they are excluded from workers’ compensation.

We recently represented a client who was a clerk at a convenience store. During an attempted robbery, he was shot and wounded by the burglar. Would it be fair to exclude him from recovering under the workers’ compensation system because of workplace violence? Clearly not.

There are 2 main qualifiers that must be met for workplace violence to be covered under the workers’ compensation statute.

First, the injuries resulting from the assault must have occurred in the scope and course of employment. This is the same for all workers’ compensation claims, but there is a slight difference here. If a personal dispute spills over into workplace violence, it may not be covered. For instance, if an ex-girlfriend approaches an individual who is working and attacks them on the job, it will probably not be covered because the incident didn’t arise out of the employment; rather, it was personal in nature.

Many times, after an incident of workplace violence, there is the issue of post-traumatic stress disorder (PTSD). In Georgia, for a psychological condition to be treated under the workers’ compensation statute, there must be a physical injury associated with it. However, the psychological injury can last well beyond when the physical injury has healed.

We have worked with many clients who are leery of returning to work after they have been violently assaulted through no fault of their own. In these cases, our clients have received treatment from a psychiatrist through workers’ compensation, even after they have healed physically. 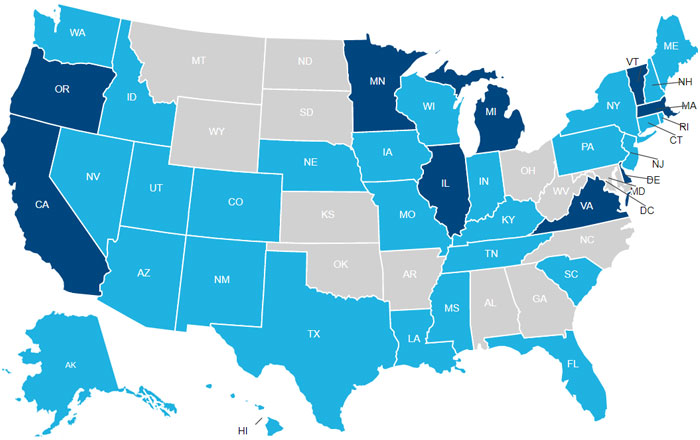 In most states, PTSD benefits fall under “mental/mental,” “mental-only” or “psychological” injuries. While a majority of states allow some form of compensation for mental injuries arising out of a physical injury at work (mental/physical injuries), far fewer states allow workers’ compensation for mental harm, suffering, damage, impairment, or dysfunction resulting from some action or failure to act by some individual. Find out more

An example of this situation recently happened to one of our clients.

The woman worked on an assembly line in a factory warehouse. Her job was to sort products as they came down the conveyor belt.

While working, a coworker approached and threatened her wellbeing, both by words and by invading her personal space. Our client, fearing for her safety threatened, pushed her coworker back hoping to defuse the situation. In the melee that followed, our client was injured.

The insurance carrier initially denied the claim because our client was the first person to make contact. However, after an investigation and a hearing, they were required to pay for medical treatment and indemnity benefits for our injured client.

Suing a coworker in a third-party personal injury lawsuit

A common question that arises after an act of workplace violence is: Can I sue the individual that caused the injury?

Unfortunately, there’s no easy answer to that question. Typically, a two-part test is required.

Second, was the perpetrator of the violence a co-employee? If a co-worker was the person who attacked and injured the worker, then O.C.G.A. 34-9-11 applies and the exclusive remedy falls under workers’ compensation. If, however, the individual was not a co-employee, then that person can be sued in personal injury tort.

If a co-worker assaults a fellow co-worker because of a dispute relating to their job, then neither party can recover against the other in a personal injury tort. However, if a third party hurts an employee, the employee can sue that third-party individual. For example, if a convenience store clerk is robbed and injured, they can sue the robber for damages as well as recover workers’ compensation benefits.

Another example of when an injured worker can sue for assault or violence at work is if there’s more than one company on a job site, and an individual from one employer attacks a person from a different employer. This area of workers’ compensation is very fact specific, which is why you’ll most likely need to discuss your case with a knowledgeable workers’ compensation lawyer.

Cases involving workplace violence are often very fact-specific. You should contact a skilled Athens workers’ compensation attorney if your claim is denied by an insurance company for any reason. There are a number of ways we can help you fight and overcome this decision.