Were you hurt on the job while working in Smyrna?

Talk to an experienced local work injury lawyer about your case for free.

If you were injured or became ill as a result of your job in Smyrna, you need the best representation available. A Gerber & Holder attorney will do everything it takes to fight for you. Don’t try to navigate the complex waters of workers’ compensation law on your own. Our knowledgeable work accident lawyers have decades of experience and want to talk with you about your case.

Contact us with your questions and take advantage of our free first consultation. Find out if you have a case, and what pursuing it would look like. We’ll be working for you while you concentrate on healing, without having to worry about money or paying medical bills. Gerber & Holder workers’ compensation attorneys have an impeccable reputation throughout Georgia, so don’t hesitate to engage with us to help see your case through.

How to file a work injury claim in Smyrna

If you were hurt on the job in Smyrna (or elsewhere in Georgia), it’s important to act immediately. First and foremost, seek medical attention and notify your manager or supervisor. If you procrastinate too long to file a workers’ compensation claim, insurance companies may view your claim and injury as illegitimate. Establishing a paper-trail sooner rather than later is key to preventing any accusations of a dubious claim or a holdup in the flow of benefits.

When you file a formal workers’ compensation claim in Smyrna, the paperwork will require you to include all details about your injury and situation—including the location of the injury, how the injury occurred, date and time, and listing any potential witnesses. Be sure to attend all follow-up medical appointments and any other critical meetings that could impact your benefits. And lastly, it’s advisable to follow your attorney’s advice to the best of your ability.

Can I get compensation for a work-related car accident? 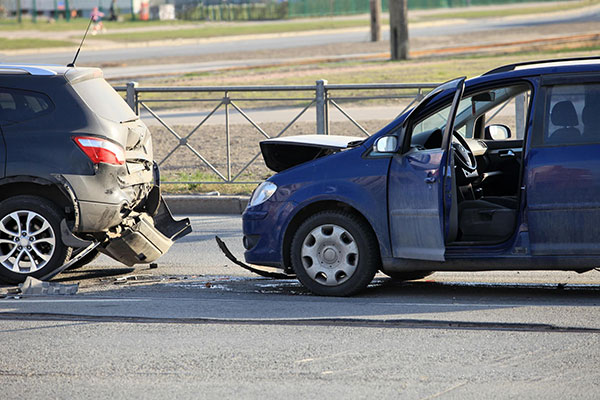 Whenever an employee receives a workers’ comp settlement, an employer and the insurance company pay more to the injured employee than the employee’s salary. There also may be penalties from OSHA if an accident occurred and related expenses to correct whatever hazard caused the accident.

As a result of the possibly heavy expenses, an employer may commit fraud to minimize an injured worker’s accident and/or injuries.

Find out more on Enjuris: Examples of workers’ comp fraud

What is now the bustling city of Smyrna began in 1832 as a religious encampment named Smyrna Camp Ground, as pioneers began settling in the area. Smyrna, Georgia took its name from the Ancient Greek city of Smyrna, which is now the modern day city of Izmir in Turkey. Before the name Smyrna became permanent, the area went through several names including Ruff’s Station, Ruff’s Siding, Varner’s Station and Neal Dow. But the name Smyrna finally stuck when it was incorporated in 1872.

Back when the town first arose, the population was a meager 250 people, and the town didn’t grow much into the 20th century until after World War II. At that point, the population went from 2,000 in 1950 to more than 10,000 in 1960 — thanks largely to a Lockheed Martin airplane manufacturing plant that reopened in 1951. Today, more than 56,000 people call the Cobb County town home.

Smyrna is located roughly 10 miles northwest of Atlanta, and has become known as the “Jonquil City” due to the many jonquil flowering plants that grow along city streets and in area gardens. Jonquils bloom in early spring. Due to its closeness to Atlanta, Smyrna is often considered an extended suburb, or metro area, of the larger city. Smyrna regularly lands on “Best Places to Live” lists and is one of the fastest growing cities in Georgia, with its population typically growing by nearly 50% every decade.

While the city of Smyrna has seen much change in recent years, one thing that hasn’t changed is an injured worker’s right to compensation for a workplace accident, injury or illness. Under Georgia workers’ compensation law, people who work in Smyrna are entitled to certain benefits for medical bills, lost wages, and other expenses.

To learn more about your rights and get answers to your questions, don’t hesitate to contact an experienced workers’ compensation lawyer near Smyrna at Gerber & Holder Workers’ Compensation Attorneys. The process of filing a work injury claim can be complex and confusing. Our lawyers will help ensure your claim is bulletproof and fight on your behalf to secure the maximum benefits possible.

Major companies with operations or headquarters in Smyrna include IBM (which employees roughly 800 people), Emory-Adventist Hospital at Smyrna, the City of Smyrna, United Distributors, Ridgeview Institute, S.P. Richards, and UCB Biopharmaceuticals and GLOCK.