Being a good lawyer is expected, but receiving the designation of a Super Lawyer takes it a step further by going above and beyond the call of duty. With 35 years of experience in state, federal and appellate courts, Georgia workers’ compensation attorney Tom Holder has been honored with a number of awards and recognitions. 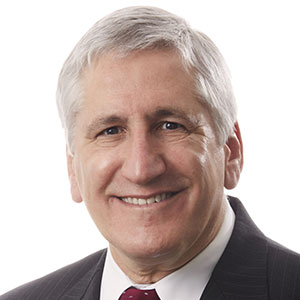 Lawyers across the U.S. are considered a Super Lawyer if they meet the criteria set forth by a panel of their peers who look for excellence and quality recognition within their field of practice.

Tom is a top-rated workers’ compensation attorney in Atlanta, GA. He is also a founding partner of Gerber & Holder Workers’ Compensation Attorneys, and has served as President of the Workers’ Injury Law & Advocacy Group (WILG).

Tom holds a law degree from the Emory University of Law (class of 1981), and he was granted admission into the State Bar of Georgia, the U.S. District Court for the Northern District of Georgia and the U.S. Court of Appeals for the 11th Circuit — all in the same year.

Before partnering with Ben Gerber in 2018, he managed his own law firm for over 30 years successfully across the state.

His other awards and recognitions include:

Super Lawyers strives to provide potential clients with outstanding professional recognition in over 70 areas of practice. Tom is a leading member in his community, possesses a strong commitment to excellence and has solely represented injured workers in the state of Georgia since 1984, making him an obvious Super Lawyers choice for his category.

Congratulations Tom for your outstanding achievements and being named a Top Super Lawyer attorney 2020!