An often overlooked historical connection existed between the civil rights movement and organized labor. As the American Federation of Labor and Congress of Industrial Organizations (AFL-CIO) puts it, civil rights and labor were 2 movements with 1 common goal. While these 2 separate movements didn’t alway align on every issue, they often cooperated and intertwined in a number of important ways in order to further their objectives.

Here at the law firm of Gerber & Holder, we believe it is important to highlight this commonly forgotten historical relationship between the civil rights movement and the labor rights movement, including the establishment of workers’ compensation laws—particularly in light of the elevated conversation about racial justice in recent months.

In this effort, we sponsored a privately-funded scholarship essay contest for college students enrolled at historically black colleges and universities (HBCU). The question centered on the following prompt:

The civil rights movement and the fight to help injured workers have always been intertwined. What are some examples and why do you believe this to be the case?

We were thrilled to receive thoughtful and inspiring submissions, which made our job of selecting a winner challenging. In the end though, we were especially impressed with an essay from a freshman Civil Engineering student enrolled at Florida Agricultural and Mechanical University (FAMU). We’re excited to announce that Tyren Neasman is our winner!

The civil rights movement and the fight to help injured workers have always been intertwined. What are some examples and why do you believe this to be the case?

The civil rights movement was the tussle to have social justice and in the American context, it was basically to have equal rights and status for the BJack Americans. The aspect of the civil rights movement could be aligned with the labor movement in the country affecting the African American population there. In this context, the instance of two Memphis based sanitization workers could be cited who lost their lives while on duty.

Robert Walker and Echol Cole were employed with the Department of Sanitation. On February 1, 1968 in Memphis, Tennessee, these 2 men were crushed in a Large garbage compactor when attempting to simply take shelter due to the violent rainstorm. Unfortunately, the storm triggered the catastrophe and both the workers succumbed to their death under the compression of garbage. The death of the sanitation workers pointed out the poor working and inhumane conditions that the laborers are forced to work as most of them belong to the Black community. It shook the entire country and fed a widespread protest to uphold the health and safety of the laborers operating in hazardous conditions.

Labor unions in line with the civil rights forms association to uphold the rights and interest of the workforce. The union leaders, like the civil rights leaders, negotiate with the authorities for fair wages, equal job benefits, with suitable health and working hours. Accordingly, labor unions have been influential in American life in bringing a positive change in the lives of fellow workers most of whom belonging to the marginalized community. In the post-World War II scenario, the rise of the industry was rampant and there was huge demand for both skilled and unskilled laborers. The White constitute the well-paid skilled workforce while the Blacks were part of the poorly paid and unhealthy working conditions for the unskilled labor sections.

It depicts that despite the end of slavery, the mainstream American population was reluctant to recognize the labor of the marginalized community like African-American, Irish and Italian immigrants. So in line with their civil rights counterpart, the laborers in the organized sector led to strikes and sorts of protest. In 1835, the Black caulkers led one of the first known strikes iq American history at Washington Navy Yard. Black women realized the necessity to organize themselves to receive better pay and working conditions by forming unions in tailoring, mills, laundry, shoe binding, telecom, and cigar industry among others.

The poor working conditions were susceptible to fatal accidents and labor injuries, so the laborers decided to voice their demand to the competent authorities by forming unions. Therefore, labor unions are a sort of civil rights movement to voice the demand of the targeted segment. Civil rights workers follow strikingly similar paths of labor union workers to obtain overall better working conditions and equal rights. In both cases, the ultimate aim was to have favorable conditions to live and work wherein the people could maintain their dignity protecting themselves from hazardous situations. Civil rights owing to its success in the social sphere have influenced the labor movement across the country ensuring favorable working conditions of the laborers to date. 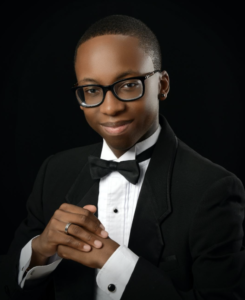 Tyren Neasman is a Freshman student enrolled at Florida Agricultural and Mechanical University (FAMU) in Tallahassee, Florida. He is studying Civil Engineering. He is involved in various collegiate programs across all platforms, including the FAMU Engineering Living Learning Community, and he’s a proud member of the FAMU ‘Marching 100’ band.

Making a difference in his community has always been a priority in Tyren’s life. As part of this ongoing commitment, he has served over 150 approved community service hours over the past 4 years.

Additionally, as an AP scholar recipient and a member of the National Honor Society, Tyren maintains very high standards in his studies and strives to constantly improve on his strong leadership and interpersonal skills that will be essential to career advancement.

Thanks to everyone who participated in this college essay contest, and congrats Tyren on your scholarship!

If you missed the deadline for this contest or you’d like to try again for the next scholarship, we invite you to visit our Scholarship page and apply for our next essay contest (deadline: April 1, 2021).

If you have any questions about the essay requirements or the selection process, feel free to contact us.