Recently, the team at Gerber & Holder Law researched which U.S. states currently allow some form of compensation for work-related post-traumatic stress disorder (PTSD). We published our findings in a comprehensive report where we took a look at each state’s workers’ compensation laws when it comes to “mental/mental,” “mental-only” or “psychological” injuries such as PTSD.

In the end, we found that while a majority of states allow some form of compensation for mental injuries arising out of a physical injury at work (mental/physical injuries), far fewer states allow workers’ compensation for mental-only harm, suffering, damage, impairment or dysfunction resulting from some action or failure to act by some individual.

In an effort to highlight this important issue that affects so many injured workers across the country, we decided to focus this year’s scholarship essay contest on the topic of workers’ compensation for PTSD by asking college students to answer the following prompt in 300-500 words:

Currently, all states allow injured workers to be compensated for “mental” injuries (such as PTSD), as long as there is a corresponding physical injury. Should all states offer workers’ comp benefits for PTSD-only claims, without a physical injury? Why or why not? What might the ramifications be?

Yet again, we received many thoughtful and inspiring submissions, making it difficult for us to select just one winner out of the 80 essays we received. In the end, we chose the essay of Polina Prokhoda, who is a first-year med student at the Medical College of Wisconsin.

Should all states offer workers’ comp benefits for PTSD-only claims, without a physical injury? Why or why not? What might the ramifications be?

PTSD is defined as “a psychiatric disorder that can occur in people who have experienced or witnessed a traumatic event” (What Is Posttraumatic Stress Disorder?). Evidence of this disorder has been around for centuries, but it was only recognized in the DSM-III in 1980 (Patterson), likely because it was difficult for physicians to prove the existence of a disease that cannot be visualized. Since then it’s definition has been modified to include repeated indirect exposure “to the gruesome and horrific consequences of a traumatic event” (VA.gov: Veterans Affairs). Furthermore, several brain imaging studies have now shown physical evidence of PTSD. Because PTSD is a disorder that requires a physician diagnosis and specific stressor to be considered valid, it should be recognized by jobs and compensated when workers get PTSD due to a stressor they experienced through their job, regardless of whether there is a physical injury to go with the claim.

Currently, only ten states offer workers compensation to those suffering from mental-only PTSD (Patterson). Mental disorders have often been shrugged off and disregarded, because they are not as easily visualized as physical injuries, but that does not make them any less real. People with PTSD suffer lifelong consequences such as increased depression, difficulty focusing, increased fear and stress response. In summary of Stanford Professor and Neurobiologist, Robert Sapolsky, regarding neuroimaging of individuals with PTSD: “severe trauma causes PTSD, in which your hippocampus atrophies, and your amygdala, your emotional center, expands, making you more prey to your feelings and stressors and less able to think rationally” (Zetlin). Medical professionals study for years to be able to recognise, diagnose, and treat disorders like PTSD. For this reason, if a person is officially diagnosed with PTSD, they should receive workers compensation, just like they would for back pain or a broken foot. PTSD is a real disease and should be treated as such.

One might argue that the ramifications of PTSD-only compensation will be having to allow for workers compensation for other mental illnesses, such as depression that came about after a nurse started their job in the oncology unit, for example. However, because depression does not require a specific trigger event like PTSD, this argument likely would not hold up in court. Another concern is that companies will be sued for exposing their workers to traumatic events. However, companies should be sued if they did this knowingly and candidates should be made aware that they are applying to a high-stress job that could lead to PTSD, such as in the case of joining the military or the police force. Having workers compensation for PTSD will make workers feel more confident that their company will help them through it, should they develop PTSD, and this confidence will make people more willing to go into high-risk jobs. Furthermore, allowing for workers compensation for mental-only PTSD will bring forward open discussions of mental illness, helping us move toward a better understanding of mental illness and improved mental health in our society. 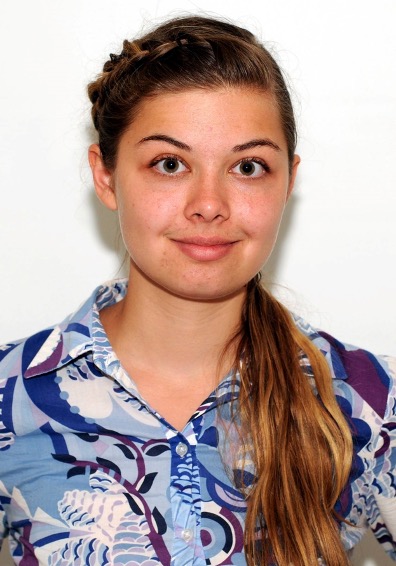 Polina Prokhoda is a Ukrainian immigrant who has lived in Minnesota for the last 15 years. She has faced many challenges in her education journey, but has been accepted to the Medical College of Wisconsin MD program. She is confident that she will make a great doctor.

Polina is interested in specializing in ophthalmology, and she has a strong desire to work with immigrants and non-English speaking individuals as a medical provider, thereby working to reduce health disparities for these groups. Her personal experiences as an immigrant and fluency in Russian will undoubtedly help her excel at her future job. She also feels strongly about the importance of raising community mental health awareness, including PTSD.

Thanks to everyone who participated in this year’s essay contest, and congrats Polina on your scholarship! Stay tuned for a follow-up blog post where we’ll share some of our favorite parts from the other thoughtful responses we received.

If you missed the deadline for this contest or you’d like to try again for the next scholarship, we invite you to visit our Scholarship page.

If you have any questions about the essay requirements or the selection process, feel free to contact us.