If you were hurt while on-the-job in an Atlanta-area Home Depot store, find out what workers’ compensation benefits are available.

If you work at Home Depot and get hurt on the job, what are your rights? What should you do?

First, seek medical help immediately and then tell your manager about your injury.

Next, you should contact an experienced Atlanta workers’ compensation attorney at Gerber & Holder Workers’ Compensation Attorneys to discuss your rights and ensure you receive the maximum benefits available to you under Georgia labor laws.

What benefits are available to injured Home Depot employees? 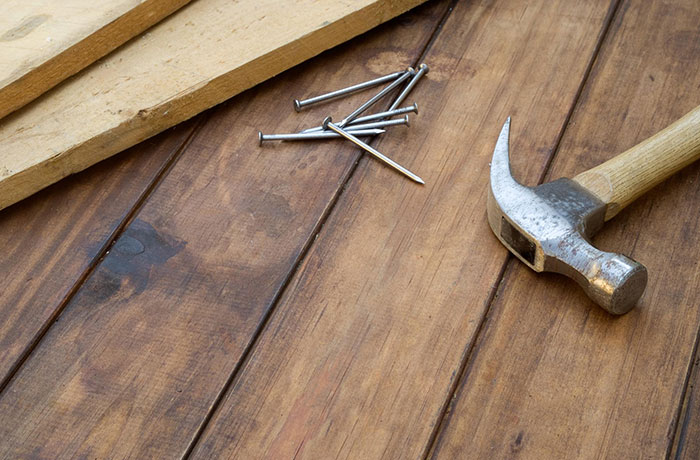 Under Georgia law, Home Depot must provide workers’ compensation insurance for its employees. It’s also important to note that Georgia’s workers’ comp system is “no-fault,” which means the injured employee doesn’t have to prove that Home Depot (or another employee of Home Depot) was liable for the injuries sustained. Injured Home Depot employees are entitled to the same benefits as all Georgia workers.

Namely, these benefits include compensation for an injured worker’s:

What to do after an accident or injury at work?

There are 3 important things an injured employee should do after a workplace accident to help secure their chances of collecting the maximum benefits available to them under Georgia law:

Tell your supervisor so that a work injury claim can be filed as soon as possible.

Contact a workers’ compensation attorney as soon as possible.

You should also understand that there are time limits on filing your claim. After you’ve been injured on the job, you have 30 days to report your injury to your supervisor or manager. If no action is taken by Home Depot to file a workers’ compensation claim, then you have 1 year to file notice with the State Board of Workers’ Compensation.

Big-box home improvement store Home Depot has been a staple in the metro Atlanta community for decades.

Marietta, Georgia is home to the first 2 Home Depots ever opened, and the company still calls the region home with its headquarters located about halfway between downtown Atlanta and Marietta.

Shortly after the first stores opened in 1979, the company branched out to Florida. By 1984, the company had 19 stores. Fast-forward 35 years and the company now employs more than 400,000 people at more than 2,280 stores in every state in the country, as well as stores in all 10 provinces of Canada.

To say that Home Depot is important to Georgia’s economy is an understatement, boasting sales that top $10 billion annually. But being the largest employer in the state and one of the largest in the US also means being responsible for a lot of people’s wellbeing. Unsurprisingly, large companies—including Home Depot—often try to lowball or deny work injury claims at first in order to protect their profits, at the expense of the hardworking people whom they employ.

Unfortunately, it’s common for Home Depot associates to be injured on the job. In stores throughout North America, employees get injured frequently—but the severity of the accident varies greatly. A Home Depot associate may work a variety of jobs from day-to-day, including sales floor work, unloading freight, collecting carts, running a cash register and restocking shelves. Each job has its own hazards and if an associate isn’t properly trained to run certain equipment, injuries can result.

Home Depot associates are often called upon to help customers with a wide variety of requests, from cutting plywood or 2x4s to climbing ladders to reach stock high up on shelves. They put themselves at risk each day. Other times, an associate might be asked to mix paint, cut keys or glass, or lift heavy items.

At any time, an associate could suffer a life-altering injury and be left unable to work. Home Depot sales associates have even been killed on the job and death benefits have been sought by family.

Whether you work for Home Depot or another big-box store in Georgia, it’s important you understand your rights if you get injured on the job. Seek out a knowledgeable Atlanta attorney at Gerber & Holder Workers’ Compensation Attorneys. We will review your case, explore your best options, and ultimately do what’s right for you and your family. No one knows the workers’ compensation laws in Georgia better than attorneys Ben Gerber, Tom Holder and their team of legal experts.

Contact us today to Schedule your free consultation and find out if you have a case.