If you suffered a work-related injury while working construction, talk with an experienced Georgia construction accident attorney today.

If you have suffered an injury while on a construction site, then you probably landed on this page because you need your medical bills covered and you want to learn about your legal options. You might also need to take time away from work to heal and go through physical therapy, so you’ll need financial help, too. It’s possible you may be asked to switch to a job on the site that isn’t as physically demanding, or even cease all work permanently due to your injuries.

Workers in Athens, Atlanta and across the state of Georgia have 2 main options for financial compensation if they’re injured while working on a construction site: workers’ compensation benefits or third-party lawsuit claims.

In Georgia, you can’t sue your employer for your construction injury — but you can file a workers’ comp claim.

Whether you are a subcontractor, independent contractor, seasonal/part-time worker or you work full-time on a construction crew, it’s vital you understand your legal rights after a work-related accident, injury or illness and whether or not you are eligible for workers’ compensation benefits for medical bills, lost wages, disability and other expenses. Even undocumented workers who are hurt on the job can qualify for benefits under Georgia workers’ compensation law.

Talk with an experienced Athens work injury lawyer at Gerber & Holder Workers’ Compensation Attorneys to find out if you have a case.

Athens-based construction workers face a wide variety of potential dangers while on the jobsite. From trips and falls to moving heavy equipment, crew members are often surrounded by hazards each day. A few of the most common injuries include: 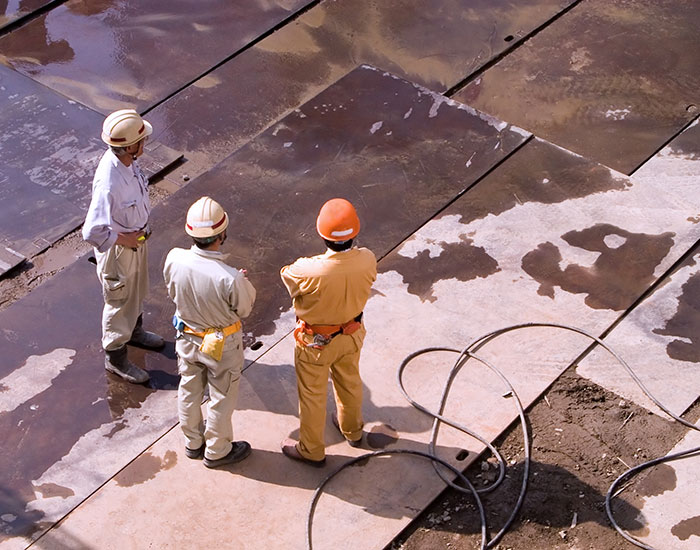 Sometimes an accident at a construction site can be due to a momentary mistake or slip of judgement such as not concentrating on the job at-hand.

Other common causes of construction site accidents include:

Georgia workers’ compensation law allows for the coverage of approved medical expenses and reimbursement of lost wages. The benefits fall into the following categories:

Don’t assume you know what option is best for you as many factors contribute to the financial assistance you receive.

Find out more on Enjuris:

Construction work is one of the most dangerous jobs. In Georgia, a construction worker is killed roughly every 10 days, with 94% of victims being men. Construction is a tough, dirty, dangerous job that requires constant vigilance on the part of the worker. Following safety procedures at all times is a must.

Nationally, in 2017, out of the 4,674 worker fatalities in private industry, just under 1,000 were in construction — nearly 20%. The leading cause of death for those construction workers was falls, followed by being struck by an object, electrocution and caught between immovable objects. These “fatal four” causes of deaths were responsible for 60% of construction worker deaths in 2017. Falls alone were responsible for 381 deaths (nearly 40%). The Occupational Safety and Health Administration keeps detailed statistics on these types of safety violations, and they make for sober reading.

The good news is that with vigilant efforts and sweeping safety campaigns, worker deaths have decreased dramatically over the past 4 decades — going from an average of 38 deaths per day in 1970 to 17 per day in 2017. Workplace injuries dropped from 11 incidents in 1970 to 3 in 2017.

While these statistics show improvement, the reality is that deaths and injuries still happen daily across America.

So what is a worker to do if he or she is hurt on the job?

However, in certain circumstances, you can file a third-party lawsuit against a negligent party for your construction injury.

A third-party lawsuit can come into play if you’ve been injured on a job site when someone other than your employer did something that led to your injury. 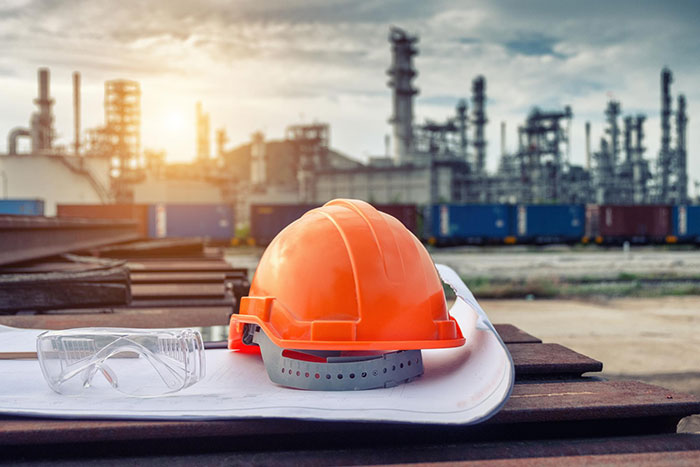 For example, if a machine you were using was discovered to be defective, you may have a case against the manufacturer of that machine. Another example is if a general contractor (not your employer), property owner or subcontractor was proven negligent and responsible for causing your injury, in which case you may be able bring a third-party lawsuit against them.

Proving these types of cases isn’t easy, and it can take time to work through the court system. In the meantime, you’ll want to talk with a workers’ compensation attorney to keep the money flowing to your family while you rest and heal.

Can I get compensation for a construction injury?

Yes. If you were hurt while on the job at a construction site, then you are entitled to file a workers’ compensation claim. In addition to filing a workers’ comp claim, it may be possible to pursue a third-party personal injury lawsuit.

What workers’ compensation benefits am I entitled to?

Currently, benefits for electricians, construction workers, carpenters, roofers and other trades in Georgia include medical coverage, disability, rehabilitation, survivor and burial benefits to anyone killed while on the job. Any costs associated with any of the services listed above should be covered by the injured worker’s employer.

Can I sue my employer?

Probably not. In Georgia, workers’ compensation is a no-fault system, which means you cannot sue your employer, supervisor or company.

It may, however, be possible to file a third-party lawsuit if a piece of equipment was found to be faulty and to blame for your injury. You’ll want to talk with your attorney about whether or not this type of negligence lawsuit will be productive. 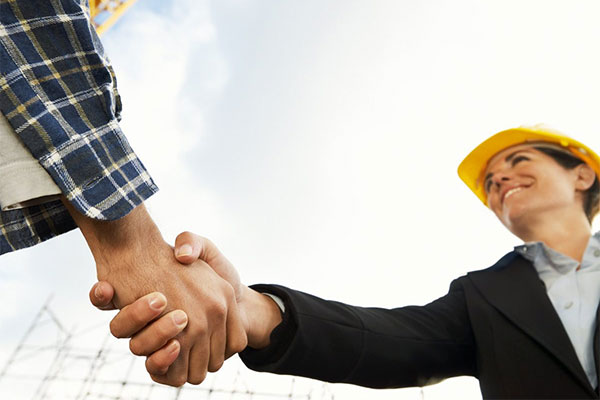 Do you really need to hire an attorney
after a workplace injury?

Don’t let a construction injury sideline you and leave your family struggling to make ends meet. Contact an Athens-based workers’ compensation lawyer at Gerber & Holder Law to get help securing the benefits you and your family need. We have decades of experience in the workers’ comp field. Construction accidents happen all the time, and many injured workers are wrongly denied or lose out on compensation that is owed to them. If you or a loved one were injured, you need the best representation available.

At Gerber & Holder Workers’ Compensation Attorneys, we’ve represented injured workers in all walks of life — including restaurant servers, bulldozer drivers, and corporate secretaries. No injury is too small if it’s negatively impacting your personal life and your ability to make a living. Your first consultation with our attorneys is 100% free, and we won’t collect a penny until we’ve won your case.

Contact us today to Schedule your free consultation and find out if you have a case.