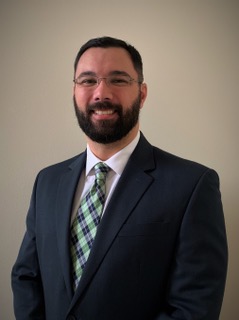 Jason is a passionate and knowledgeable workers’ compensation lawyer. He joined Gerber & Holder Workers’ Compensation Attorneys in August 2018. Having previously defended insurance companies and employers, he brings unique knowledge and skill when it comes to negotiating for the best possible outcome for injured workers. He is a board-certified, licensed Georgia attorney.

For law school, Jason moved down to Macon, Georgia to attend Mercer University Walter F. George School of Law and received his J.D. in 2014. While at Mercer, he was a student member of several academic groups including the American Bar Association, Phi Alpha Delta Law Fraternity, International Second Amendment Society, and the Sports & Entertainment Law Society. He also was awarded the Faculty Scholarship of Merit.

Jason began his career working as a law clerk and eventually Associate Attorney at law firms in Macon and Lawrenceville, GA defending the interests of employers and representing insurance carriers in premises liability and negligence cases.

However, after years of working for businesses and insurers, he realized that something was missing. He wanted to feel fulfilled in his career by knowing he was helping people, which is why he ultimately decided to switch sides and move to Atlanta to represent injured workers instead.

Jason is a member of the State Bar of Georgia and the American Bar Association. He has also been admitted to the Georgia Supreme Court, Georgia Court of Appeals, and the U.S. District Court for the Northern District of Georgia.

Jason was born and raised outside St. Louis, Missouri. When not fighting for the rights of injured workers, he loves spending time with his wife, Kiley, and two dogs. He and his family are active in their church and enjoy woodworking, hunting, Georgia football, and the St. Louis Cardinals.

Legal  |  Georgia
Overall Rating: 5 / 5
“Jason was extremely knowledgeable and easy to work with. Typically having the deal with a lawyer is very stressful. Jason clearly explained everything that was going on and what needed to be done. He ensured we felt comfortable with each step.”
Natalie
Legal
“This was my first time working with a lawyer so I was apprehensive. I needed to have a will written but wasn’t sure of the process. Jason was patient as he explained all the terms and necessary forms. There was never any pressure and he allowed me as much time as I needed before signing. He was always very professional and knowledgeable.”
Anonymous
Legal
“Mr. Lanahan was extremely knowledgeable and resourceful when it came to helping me start a small business with a friend of mine. He quickly answered any and all questions we had. We have referred many colleagues to him due to his professionalism and knowledge of subject matter!! We definitely plan to contact him for any other legal questions in the future!! Thank you Mr. Lanahan for all your help, it was a pleasure doing business with you!”
Hillary

Contact us today to schedule a free consultation and discuss your case with experienced Georgia workers’ compensation attorney Jason Lanahan.